In these dark times before Christmas we traditionally pay attention to glimmers of light
heralding the great light that came into the world. But as Halloween, All Saints / All souls, Remembrance Sunday and even Advent demonstrate, we also pay some attention to darkness and death itself. After all, we are expecting something that is not yet there. Then what we have now must be something else. This year the “dark” season has led me to ask myself an unusual question. Is there something like “negative energy”? I have heard a number of people use this term, and it made me think.

At one time or another you have probably all had the experience of “flow”. This means that you are so inspired and energized that you can complete a difficult but interesting task without noticing the time go by. You are in a state of high concentration and positive mood and nothing seems to require any real effort. Your project is almost completing itself. You could also be said to be in a stream of positive energy. In the area of spirituality there are similar states. We can have such a positive faith that it gives us sufficient strength to overcome problems and to encourage others as well.

But could it be that there is also an opposite state? That we are so depressed and angry about our failures, lack of possibilities, setbacks, unfair treatment, etc. that we almost invite more of the same (self-sabotage) or become trapped in paranoia and fault-finding? There is definitely evidence that survival strategies which worked in one situation, may be harmful in other situations. If they are automatically repeated (which they often are) they can bring with them a lot of trouble. Spiritually speaking, if doubt and disapproval are no longer an occasional but our habitual response, we can no longer perceive the consolation that God has for us, and will deprive ourselves and others of vital nourishment.

Still I have a few objections against calling this negative energy. First of all, it makes it very impersonal. It is also too imprecise to be helpful. Like the “friends” of Job quickly drew the conclusion that Job’s fate could only be caused by his extreme sinfulness, so today  people who are already having difficulties, are told that they should not be so negative about their circumstances. The idea is that a positive attitude will automatically improve their circumstances. But that “law of attraction” is only true to a certain extent. There is a lot of suffering on the world that people (certainly the victims) can do little about. And it is sometimes good to protest and complain. Medical studies have even shown how complaining can improve your mood by releasing certain chemicals in the brain. And sometimes you have to be “negative” to effect changes that cannot otherwise be achieved. The prophets are a good example. Not many of them were very tactful, but they were honest and defended the poor and helpless, and bore witness to a God of justice and mercy. Jesus was also a nuisance to the establishment, and simultaneously he was the incarnation of goodness itself.

When people disagree with you, they usually don’t want to appear (too) arrogant. So rather than say that they are far more experienced, they will say that you are mistaken or negative. Do not believe them on this basis alone, because all they have really said is that you two disagree. It could even be that someone is trying to divert attention away from his own carefully hidden, but equally or more negative attitude. Isaiah 5:20, “Woe unto them that call evil good, and good evil; that put darkness for light, and light for darkness; that put bitter for sweet, and sweet for bitter!” 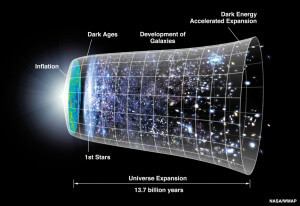 But my greatest objection to this “negative energy” theory is that there is no such thing. Whenever something goes wrong, it is always due to a lack of positive factors, protection or understanding, or a conscious choice, never to the accumulation of some strange substance. Spiritually speaking, heresies and doubts are not so much ideas and rival forces of nature, but a lack of truth or faith in something. And even the devil derives his strength not from himself, but from the freedom that God allows him to have. The Universe knows only one energy, the creative energy of the God of love. This energy can be used for good or evil. But even when used for evil, it remains God’s energy and His final purpose will never be defeated. Towards this, He can even use certain things we might consider to be “negative”.

On a website I read: “David repented and God forgave him (2 Samuel 12:13). However, some people hated David and spent the rest of their lives trying to destroy David, condemning him, stirring up strife and slandering him (Psalm 31:10-14). David’s neighbours walked away from him when they saw him coming. It affected his health. David often grieved and sighed because of his enemies… They even tried to take his life, all because of his past mistakes and failures in life. The truth is that they were very jealous of David, because he had done great works for God. A righteous man can do a thousand good works and remain unnoticed; but just let him mess up once, and self-righteous hypocrites will parade his sin.”

So let us neither judge people, nor be afraid to criticize specific behaviour or ideas. In so doing, let us not waste time on references to a mysterious and compelling evil force (although sin can be compelling), but rather point to the alternative, the love of God and Christ’s healing, and following in the footsteps of Christ, try to live a life in which both truth and mercy are honoured.