Our need and ability to forgive

J.C. Arnold has collected a number of stories from survivors of the Enschede and Volendam disasters in a book called “To retaliate or to forgive”. In the advertisement for this book our options – when confronted with injustice and suffering – are described differently, “We either keep harbouring resentment or we forgive the other person. The choice is up to us, but only forgiveness has the power to set us free.” 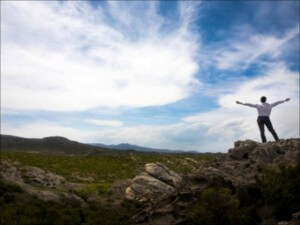 This may seem a thoroughly Christian viewpoint, and I would not question it, if I had not read Jean Jenson’s warnings in her book “Reclaiming Your Life”. Here she points out that even certain “harmless” experiences in our childhood can be so painful that we cannot bear to remain fully aware of them. If we rediscover what happened or what we missed, our first reaction will again be to want to forget about it as soon as possible. Hence hastily granting forgiveness to our parents or to someone else could well be one (unconscious) way of trying to protect ourselves from a painful experience.

At this point you may think that all is well. We have done the Christian thing and we are also protected from bad memories which would otherwise keep haunting us. Unfortunately, in so far as we have not really dealt with our old emotions, we will neither have helped the other person nor ourselves. Forgiveness, always a healing experience to an appreciative recipient, is not necessarily a healing experience to someone who grants it in a hurry, under moral pressure or without involving the heart. This distinction is seldom made. It is often assumed that forgiveness is always a healing experience for all parties or a condition for such healing.

Rein Nauta, in his book on Saying Sorry, states that in the Old Testament, forgiveness is almost exclusively an act of God. There are not many instances of people forgiving each other. In the description of the Day of Atonement in Leviticus, the emphasis is again on God’s forgiveness. It is He who ultimately blots out sins. But when we look at the customs surrounding this feast, we find that the Jews believe that sins committed against another person cannot be atoned for until one has first sought forgiveness from the person he/she has wronged.

Thus it is customary to go visit (or at least call) friends, family, associates and any person whom one may have somehow wronged or spoken ill of in the past year and ask forgiveness. For example, any stolen objects must be returned to their rightful owners. Any person you have spoken Loshen Hara, evil gossip, about, should be asked for their forgiveness. When someone asks for your forgiveness, you open your heart and grant it.

Note that it is possible to forgive people without their asking for it, but this is neither the normal situation nor will it have the maximum effect. Moreover, quickly forgiving the other person is often a demonstration of pride. “Look how good I am, that I can forgive you just like that.” Or, if the other person does not feel guilty at all, it could be a subtle final attempt to arouse guilt. Yet the greatest problem with granting forgiveness, particularly to people who do not ask for it, is that we may be glossing over rather than dealing with a real emotional problem which could just be waiting to manifest itself again. In other words, the resentment may well stay, consciously or unconsciously, and no permanent healing would have been achieved.

Turning to the New Testament, Luke 17:4 is about repeatedly granting forgiveness. But this is not about numbers. Seven is a symbolic number, expressing perfection. There is no maximum number of times to forgive. But neither is there a minimum – what counts is our attitude to forgiveness. The Lord’s Prayer says “as we forgive those…”, in other words, in the same way, at the same time, to the same extent that we forgive, we may expect to be forgiven. Our attitude to forgiveness passes the test if we would be content to be dealt with in the same fashion. What many people forget is that before mentioning forgiveness, Luke 17 mentions rebuke and repentance. Thus there are no extraordinary demands. So even in the New Testament, human forgiveness has something mutual.

God never said that sin (inadequacies) did not matter. Neither is forgiveness enough to deal with sin (compare Psalm 99:8). It should go hand in hand with spiritual discernment and growth in all human parties involved. If we have not taken the time to observe our own continuing automatic and harmful responses to the sins of others, and unmasked how one thing led to the other (here the idea of “original sin” comes to mind), speaking words of forgiveness could be premature. Forgiveness is not the same as closing your eyes or tolerating stuff. If we don’t want to see the consequences of sin, then we will only be able to forgive superficially, namely that part which is extremely obvious.

When Christ prayed “Father forgive them, for they know not what they do” I believe this was not a prayer for beginners. Christ did not use this prayer to play down what the people were doing to him. He faced the enormous pain of total rejection of His divine love without any hardening of heart, at the same time healing others, because this was His unique purpose in life, a destination we cannot and do not have to share. He alone could offer forgiveness to the world before anyone asked for it or showed signs of repentance. Even Jesus could not have achieved this without the most thorough spiritual preparation, being perfectly in harmony with Himself and with God.

I have come to the conclusion that we should “not try this at home”. It is up to the Father and the Son to grant forgiveness in such complex (non-mutual) situations. It is up to us to accept God’s forgiveness, to repent of our sins, ask those we have harmed for forgiveness, to open our heart when someone asks us forgiveness, not to be judgemental and to pray for the Spirit. This is already quite a set of tasks. To want to do more in this area might well be presumptuous, moralistic or simply a denial of the reality of evil in this world.

But should we not always turn the other cheek? Yes, but that does not necessarily imply forgiveness. It is another way of trying to break the vicious circle of evil. How then should we get rid of resentment? This depends very much on the circumstances, but part of it seems to be an acceptance (not just with our intellect) that everyone has his or her own responsibility, to be at peace with the fact that we cannot mend everything, and (by grace) to work on ourselves. These are important insights, common to Christianity and psychology.

Like the Eucharist, actual human forgiveness seems to be meant for people who will at least have a rudimentary appreciation of the price of forgiveness. Like love, it is at the same time a command and something that cannot be forced into existence. Having said this, most people find it difficult to ask for our forgiveness if they have no clue about our possible response. Therefore as Christians we should always have an attitude of forgiveness. We must somehow convey that we are not after their humiliation or ridicule, being sinners ourselves. But that does not mean people can get away with just about anything without eventually having to say sorry both to the person in question and to God.

In our judicial system a price must be paid for transgressions against human laws. Christ has paid the price for all transgressions against the divine laws, but some clear form of repentance should still testify of the newly bought spiritual freedom. With regard to relations between people, we should neither exaggerate the faults of others and be without mercy, nor try to fill a teapot with the lid on. It simply does not work and we might burn ourselves with the rejected water. May God help us to be proactive in asking forgiveness and cooperative in granting it, but not to ignore our current limitations and needs.

After this article was published in LifeLine, (the now late) Mieke Warns told me an anecdote about the period immediately after the second world war. She thought she had forgiven the Germans. When a German lady in Holland asked her for the way to the post office, she replied in a kind manner. But when this lady remarked that in Germany the post offices were much easier to find, Mieke lost her temper and replied that in that case, she should have staid in Germany. Reflecting on this, Mieke believes that she would not have reacted this way if the lady had not been German, but she had been surprised by her own reaction. This confirms that we may think that we have granted forgiveness, but in fact the past may still influence us.